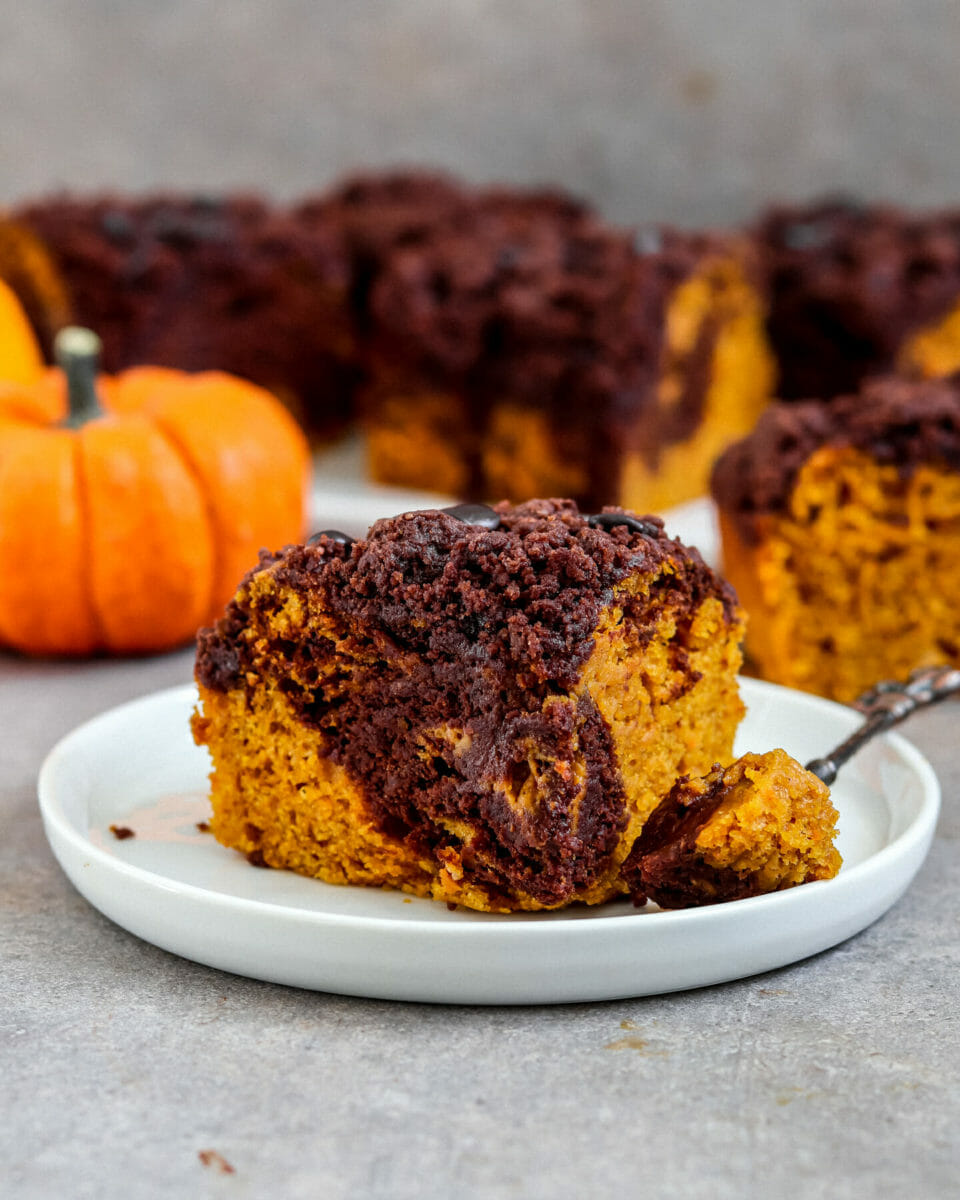 This fall, I’ve really tried my best to give you as many pumpkin recipes as possible. And I think I’ve set a new record … I’ve never ate so many pumpkins in 3 months, like this year haha. AND IT WAS GREAT! Pumpkins are so great. There are countless hearty and sweet recipes, you can even prepare drinks with them! A 3 course pumpkin menu including drinks would be possible ;-).

Here are some pumpkin recipes (all vegan) that I shared with you on my blog and on Instagram in the last few weeks:

What were your favorite pumpkin recipes this fall?

Before I will soon share lots of Christmas recipes with you, I have a delicious and sweet pumpkin recipe for you! 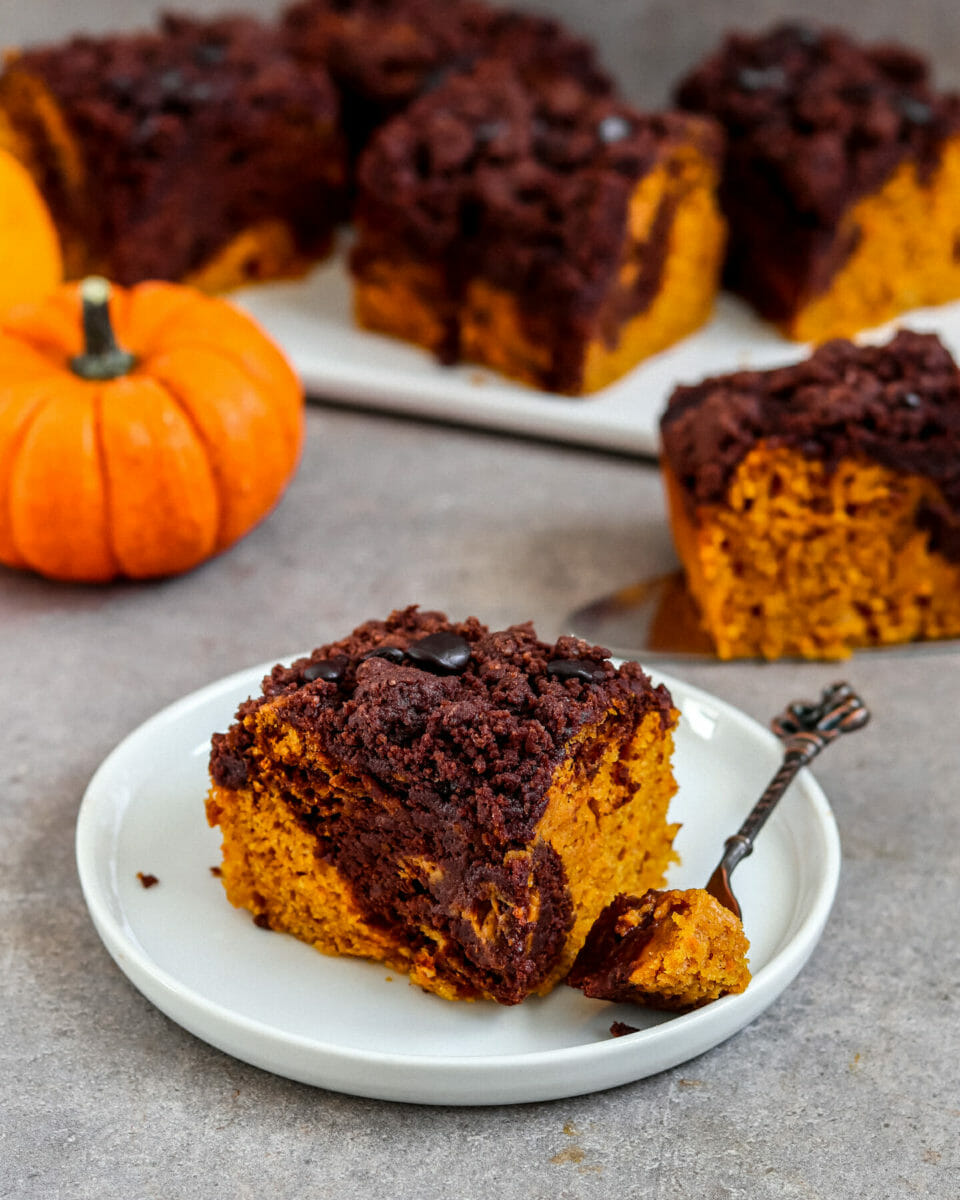 These pumpkin brownies taste like autumn. And chocolate. They are fluffy, moist and easily made.

For the pumpkin brownies, I used my pumpkin cake recipe as a base and mixed some of the dough with baking cocoa and a dash of vegan milk, so we have a brownie dough. Additional I sprinkled the brownies with sweet chocolate cinnamon crumble and chocolate chips and baked it. A true dream for all pumpkin and chocolate lover!

The recipe is totally simple and the result is SO delicious! 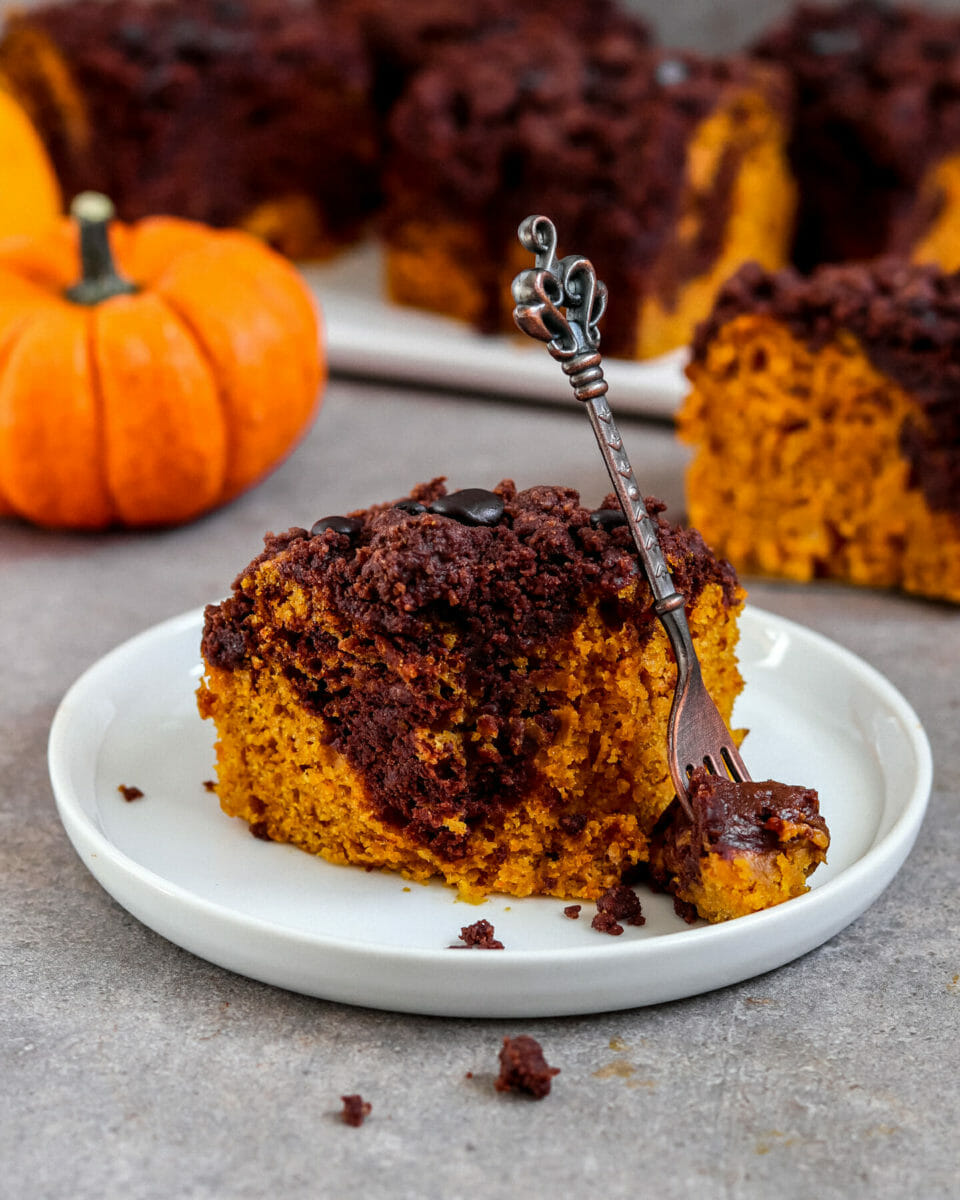 If you make these vegan pumpkin brownies, be sure to leave a comment and / or give this recipe a rating! I love to hear from you guys and how my recipes tasted to you! If you do make this recipe, share your creation on Instagram as a photo and use the hashtag #byanjushka. Always so happy to look through your photos of recipes! 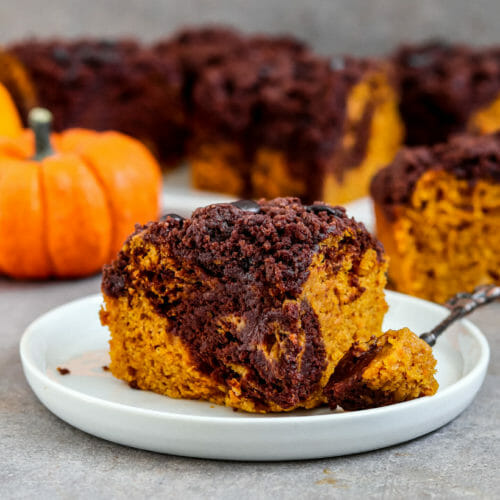